skip to main | skip to sidebar

Looks like this blog will not be dying after all.

Right i have a zine coming out soon, its about hands and the things you can do with them. 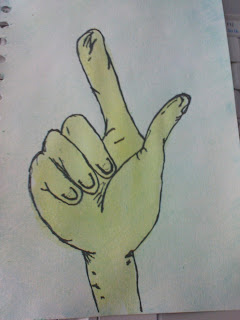 This is just the inside page. (sorry about the photo)

love Abraham
Posted by Abraham at 16:31 No comments:

There has just been nothing to blog about! i wonder whats happening in the news....
Posted by Chronic at 15:45 No comments:

love Abraham
Posted by Abraham at 22:55 No comments:

This is the trailer


And this is the director Bruce LaBruce's blog

Both youtube and vegans seem to be offended by his work

'Muthas at YouTube have deleted my trailers for my melancholy gay zombie movie Otto; or, Up with Dead People. The original one had almost 60,000 views, so at least a lot of people saw it before it was removed for "violation of terms". I suppose it was either because of the nude orgy shots intercut with meat or the scene in which Otto eats a real dead rabbit. Some hardcore fascist vegans have been harrsasing me over that scene and they also had my Otto page on MySpace deleted because of it. Most of them have attacked me in a very vulgar and insulting way without even bothering to try to engage me in any sort of dialogue, and of course without having actually seen the movie. Predictably, they don't seem to like people very much.'


I hope you give this film a try no matter how adverse you are to homosexuals and rabbits being eaten it's actually very good. Now I'm off to...drink some beer and beat up a woman.
Posted by Arthur at 01:44 No comments:

David Cross in the background made my day.
Posted by Arthur at 20:59 No comments:

Since this blog seems to be nearlly dead it was suggested by someone that i should blog some of my photo's, so here goes. 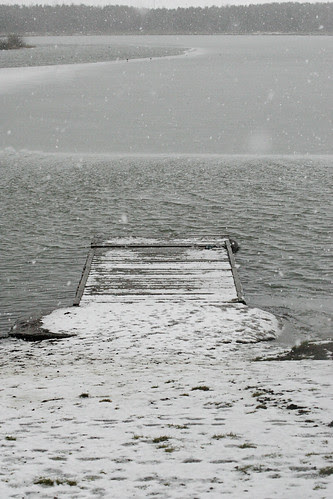 Firstly i thought i'd remind everybody of the poor weather we've had this year. 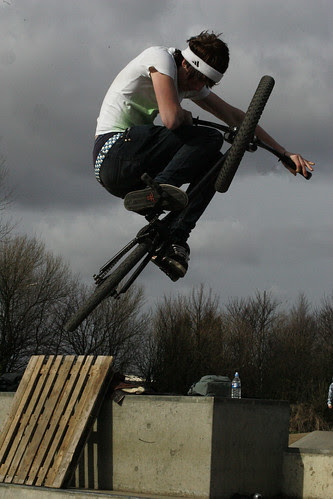 This was one of the first biking shots i'd ever taken, i'm unsure of it. 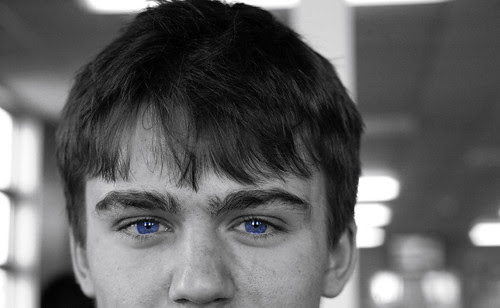 Song of the week 2